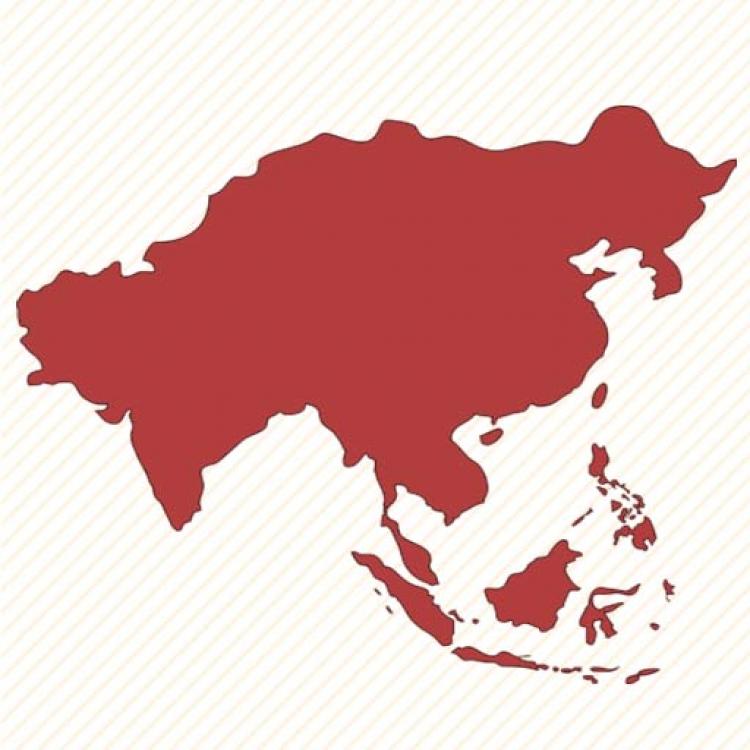 PROVINCE “OUR LADY OF FÁTIMA”
Russia

The first missionaries of our Institute came to Russia in 1993 and in the following years they founded different religious communities, mostly parishes, in different parts of Russia. Currently, there are four missions in this country.

The mission in the city of Kazàn, capital of the Republic of Tatarsan, in which we have a parish and the missionaries celebrate the Holy Mass in small communities all around the city.

There are two parishes in the cities of Uljanovsk and Syzran, and the missionaries attend three communities of catholic Armenians.
We attend a parish in the city of Jabarovsk (Eastern Russia) and a catholic community located 500km out of the city.

Finally, in the mission of Omsk, Siberia, the Institute started its apostolate in 2011 in two parishes of Latin and Byzantine Rite. The priests assist other communities located 150km in the countryside out of the city.

DELEGATION “OUR LADY OF LUJÁN”
Tajikistan and Kazakhstan

The IVE has two foundations in Central Asia, in Kazakhstan and Tajikistan and the Patron of our missionary activity is Our Lady of Lujàn.

The first foundation is the religious community “Vladislav Bukovinsky” of Shimkent, in the southern part of Kazakhstan, Diocese of “The Most Holy Trinity”. Since most of the people living in that country are Muslim, it is not much what we can do due to the continuous control operated by the government. A major apostolic work is the care of an oratory in the parish. The number of children coming to the oratory grows up constantly thanks to the cheerful environment, and pushes many other children to come.

In the foundation of Tajikistan the situation is similar to the previous one. The country is officially Muslim and the government does not permit too much work, the missionary presence of the IVE started in September 29th 1997, when Pope St. John Paul committed a mission “Sui Iuris” (a mission in a place where the Church does not exist) to our Institute. Our missionaries take care of two parishes: the parish “St. Joseph” in the capital, Dushanbee, and the parish “St. Roque” in the city of Kurgan Tube. The apostolate in the parishes is mostly work with the youth and visit to the sick. There is also the noviciate “Blessed Alexey Zariski” in Dushanbee.

The IVE Province of “Our Lady of Sheshan” includes the communities established in three countries: Philippines, Taiwan, and China (Hong Kong). The IVE priests work in five parishes as well as in the the formation of future priests. The Seminary and the Noviciate were founded on August 2009 in Lipa (Philippines), destined to welcome Asian vocations. They began with a small rented house in a suburb but succeeding years saw an increasing number of vocations. For this reason, in the year 2011, the Institute acquired a piece of land and started the construction work on August 2013. Thanks to the generosity of many benefactors, in few years it has been possible to complete both priests’ and seminarians’ quarters. Presently, there are 30 seminarians coming from the Taiwan, Hong Kong, Philippines, Malaysia, India and Sri Lanka, as well as those from Russia, Argentina, Mexico and Nigeria.

The Parishes are the church Birhen Ng Lujan, (Manila, Philippines) Saint Joseph church and the church of the Incarnate Word (Taichung, Taiwan), Christ the King church (Taiwan) and Saints Peter and Paul church (Hong Kong, China). The main work consists in the care of the parishes and the administration of Sacraments. Especially in Taiwan there is a lot to do to evangelize the culture, which is still pagan. To do so, the missionaries organize “street missions” giving pamphlets about christian faith to the people, and they also do the classical popular mission and visits to the sick. In Hong Kong many people of every age ask to be baptized.